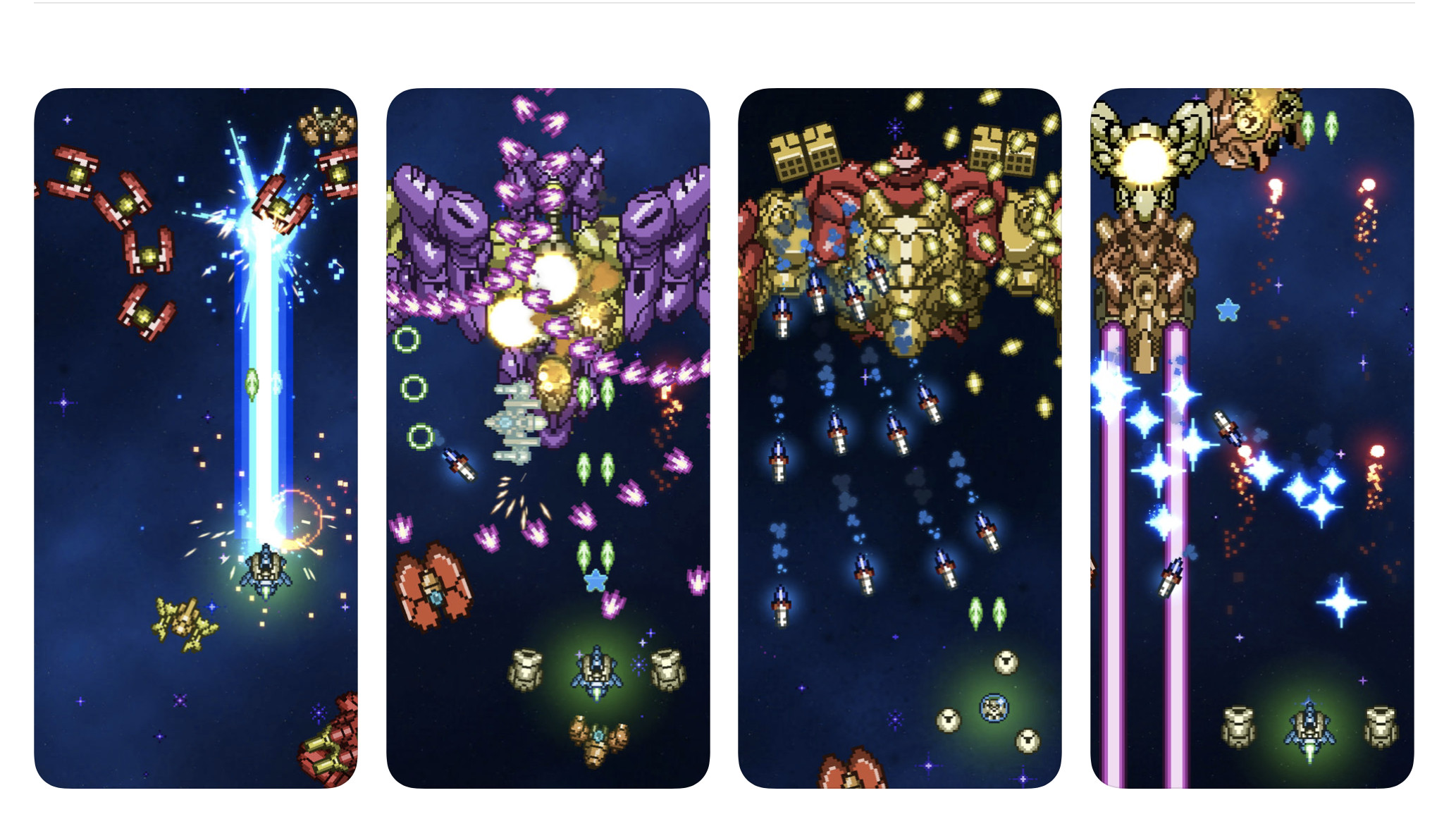 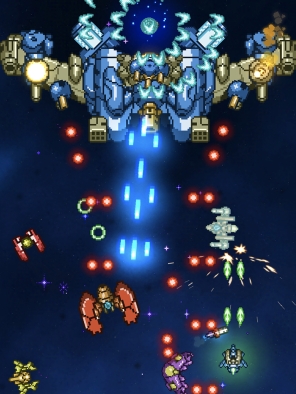 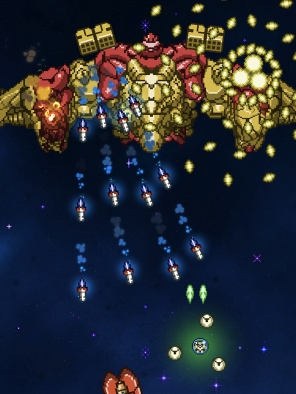 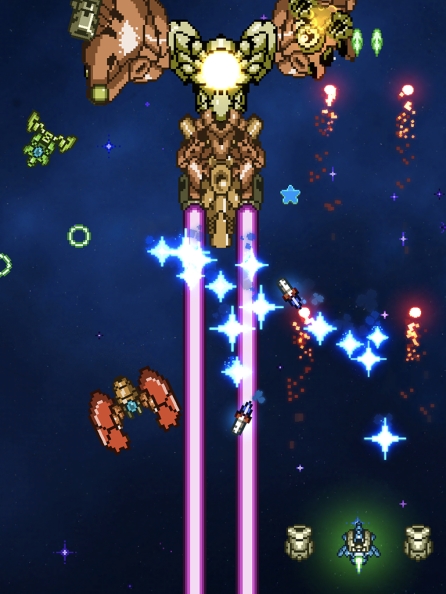 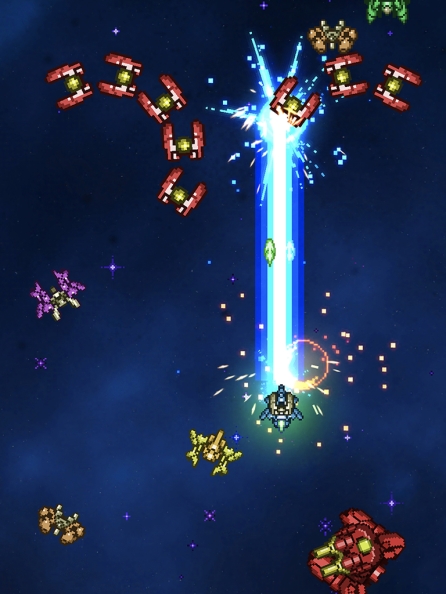 Blast off and battle 11 unique bosses.
Choose power ups wisely to boost your firepower or defenses.
Find gaps in swirling shot patterns or use cover to your advantage.

NimbleNaut on the App Store

Power Ups
All 4 power ups are stackable, they adsorbs enemy shots and can also be used to ram enemies.

Front Pod – A familiar sight in any SHMUP, never as good as the original but still fun.

Continues
Unlimited continues lets you practise or push through tougher bosses, but beware each time you continue your score is reset to 0.

Score
Bonus x2 x3 up to x10 is awarded for defeating each Boss.

Each enemy is worth 10 points, increasing to 25, 50 or 75 points at higher difficulty levels.

Each star is worth 2 points, increasing to 3, 4 or 5 at higher difficulty levels.